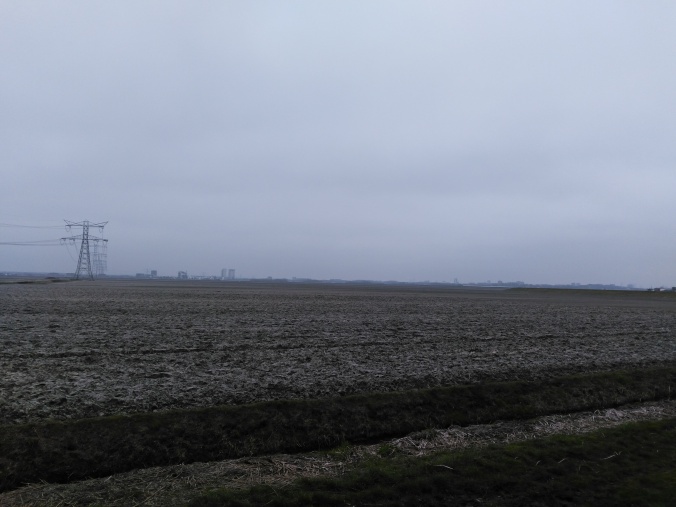 It was in no way an act of running away. Other than the job things were good, I was in love, good friends, family, security. It felt more like wrenching away from those things, to pursue a long held idea or dream for which the stage had finally been set. A window of opportunity that had been crafted, laboured over and fought for but that could not remain open for ever. A jump into the unknown, away from all those safe and good things. I cried as I rolled away from the house where I had grown up, and again for an hour after saying goodbye to her outside that shiny Holborn office block. I felt that I had to go, to at least enter the arena, to ask those questions; but will all this in the back of my mind and the cynical words of a cocky Essex tree surgeon ringing in my ears on the second day it was little wonder that I was already asking myself what on earth I was doing as I got within 20 miles of the ferry at Harwich. Damn the bike felt heavy in those days.

Of course one is bound to make some planning over sights on such a trip, but I surprised even myself at not taking a map of Holland. It was only the first foreign country I arrived in after all. It was about 5° when I rolled off the ferry, some 10° less than it had been the day before when I left England. And so the theme for the first two weeks of riding was set, cold and damp. Two pairs of gloves, winter tights, too cold to stand around and freezing for camping. Down jacket on inside down sleeping bag was the vibe. It didn’t take too long finding a map on that first morning and shortly thereafter I discovered the joys of the Dutch cycle path system. Which I would now say is unsurpassed in all Europe.

I remember it being grey, bleak and windy and not being able to find a garden to camp in for mile after mile. Eventually, after a phone call from London and more road side tears, well after darkness had fallen I found a patch of land that finally didn’t seem to be owned by someone and snuck off the road. More layers went on and then I stood in silence, straining to hear if someone might be coming. Still nothing, so I cooked a simple meal of pasta as quietly as I could,locked the bike to a nearby tree and jumped into the tent; all the while holding my breath and expecting someone to appear. Clearly this was going to take some getting used to.

2 thoughts on “Europe: Phase one.”